These Weeks in Physics
We will do  assignment 2, which covers friction, and our Friction Lab. There will be a formal lab report for the friction lab, and the due date will be one week after your class period completes the experiment. We will also take a quiz over friction (goal set 2) as announced. When announced please take notes on PODCAST 3: Elastic Force. We will do assignment 3 and take a quiz over elastic force (goal set 3) as announced and will likely also begin to cover PODCAST 4: Newton’s Laws of Motion – First Law (Inertia), so please take notes on that if announced. Looking ahead remember that semester exams are BEFORE winter break this year on December 18-20, so you might want to begin reviewing topics from earlier in the year to make your lives easier next month.

Cool Science of these Weeks
Meet the Balloonatics! This is the team of people who engineer the balloons for the Macy’s Thanksgiving Day parade, and believe it or not, they use PHYSICS…some of the same physics we’ve been learning, in fact! Here’s a short video from Science Friday that shows you how it’s done! Below the video I’ve included the science of cranberries, which I think is really cool.

The science of CRANBERRIES! I don’t know about you, but I LOVE to make homemade cranberry sauce for Thanksgiving. Did you know that cranberries are grown in BOGS? They’re grown on vines like strawberries, but they thrive if those vines are planted in wetlands. That’s cool. Also, 60% of our cranberries come from Wisconsin, while 25% come from Massachusetts, and if you have the chance to head out to those states, you can go to a cranberry farm (like we go to blueberry, raspberry, and strawberry farms here.) Here’s a little more information and a couple of awesome pictures. This Week in Physics
On Monday we will finish discussing unit 3’s PODCAST 1: Net External Force, Weight, and Normal Force and will work on assignment 1. On the day after we finish assignment 1 we will take a quiz over goal set 1. Your notes from PODCAST 2: Friction are also due on that date. We will spend the rest of the week discussing friction, doing assignment 2 and exploring friction in the lab. (Note: Third period will not get to assignment 1 on Monday.)

A reminder: Your lab report over the Human Cannonball Projectiles Lab is due on Thursday at the start of class. One hard copy must be handed in at the start of your class period, and by 3:00 on that day one (and only one) copy must be uploaded to TurnItIn.com. You also must share your Google Doc with me as an editor at burgessm@alstudent.org. (Note: This is not my primary email address.) Additional documents you will need are the Lab Report Writing Guide and the Lab Report Rubric. You will need to create a scatterplot in Excel and copy-paste it (and your data tables) into your Google document. Here’s a handy video tutorial that shows how to format your data tables and make a scatterplot.

Cool Science of the Week
Can science and technology help counter climate change? This article identifies seven megatrends that provide some hope, including dramatically falling costs for generating energy from solar and wind sources, including making batteries that store more energy (increasing the efficiency of electric cars), and including …brace yourselves… lab-grown meat! 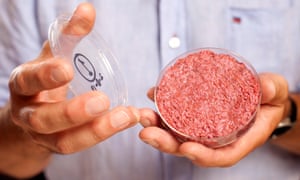 Be sure to scroll down to see the Cool Science of the Week. It’s pretty wild this time!

Cool Science of the Week
This week Saudi Arabia became the first country to recognize robots as…humans? … when it awarded citizenship to Sophia, Hanson Robotics lifelike artificial intelligence robot. Check “her” out on the Tonight Show with Jimmy Fallon! How lifelike is Sophia? Check out her Elle magazine cover!